In the past view years Roman glass from Afghanistan has been on the market. It is described as old shards coming from ancient sites in Afghanistan, reshaped and sold as beads or jewelry elements. Some of the glass certainly seems to be very old, not necessarily "Roman" but could possibly date from that period. Finds of glass that old have been excavated in Afghanistan. The encrustation on some of the pieces illustrated below do look authentic to me. The colors are also appropriate and the surface of these pieces looks consistent with old glass that has been prepared for reuse.

I am NOT an expert but have seen a lot of ancient glass over the years. However, I am also aware that there is a lot of new glass reputed to be "Roman" or ancient that has been created to look that way. I'll post a photo when I get my hands on a sample. The practice of recreating Roman or ancient glass has been going on for many years. The way new encrustation looks and adheres to the surface is very different from the ancient glass surface. The encrustation is interlocked with the surface of the glass underneath. The surface often displays notable iridescence.

Below are pieces that I believe is old glass, whether of the "Roman" glass type or later. You'll be able to see bubbles, striations and encrustation on the surface of the glass. Some samples show a rough irregular surface that would result when encrustation is cleaned off. The encrustation on these pieces compares favorably with authentic Roman glass. Others exhibit a faint iridescence.

A couple pieces, though similar in color and showing striations and bubbles, have a very shiny surface. These could be new pieces. Front and back and edges are shown of some samples. Edges can be seen in some of the group shots. 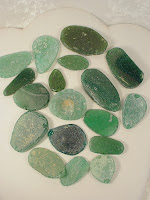 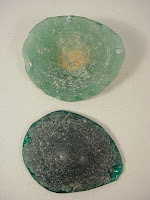 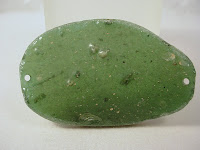 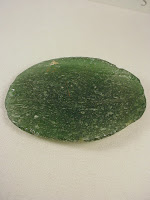 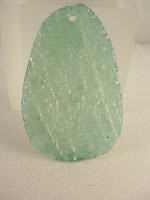 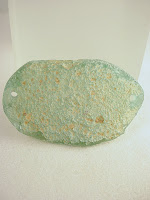 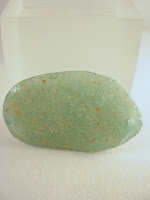 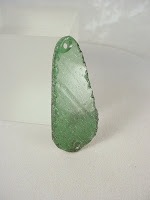 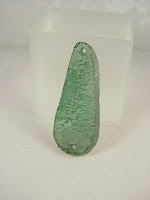 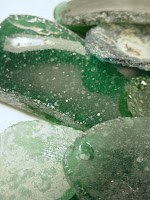 The technique used to make new glass look old was described to me briefly as follows:
New glass is coated with fingernail polish, heated to a high temperature and then treated with acid. The encrustation resulting will be on one one side of the glass.

How accurate this is I have no idea. It does not have details on temperature and applying treatments.

This "necklace" is composed of recycled glass shards and portions of an ancient tile. 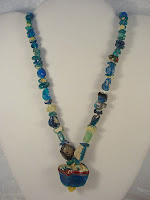 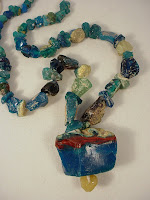 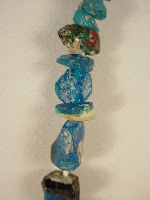 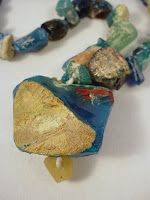 Much as been written about ancient glass. Production and distribution of glass in the Roman period extended from Europe to Southeast Asia. It has also been recycled for reuse throughout that period as well as in modern times.

A good resume is given in Wikipedia:
http://en.wikipedia.org/wiki/Roman_glass

SEE THIS FOR GOOD COMPARISONS
For glass with a provenence, see below. Because glass of this period was traded widely these glass pieces are good comparisons. While we may not always know the exact site, such pieces are authentic. There is a good supply of ancient glass as it was a common product in Roman times. 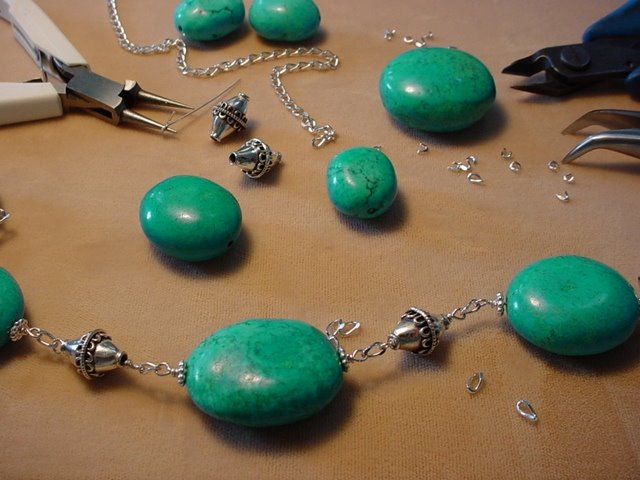 Deerwoman Designs
Chicagoland, Illinois, United States
Jewelry designer for the past 15+ years. I live in the Chicago area.

Where to Buy and See my Work

my Picasa album for samples of my work:

Websites for my Afghan friends

Links to check out-craftspeople and beads 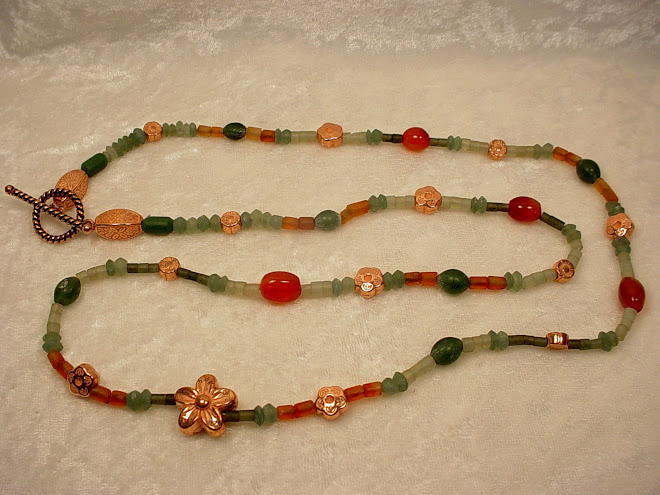 Example of my work

A piece of my jewelry using the resin beads 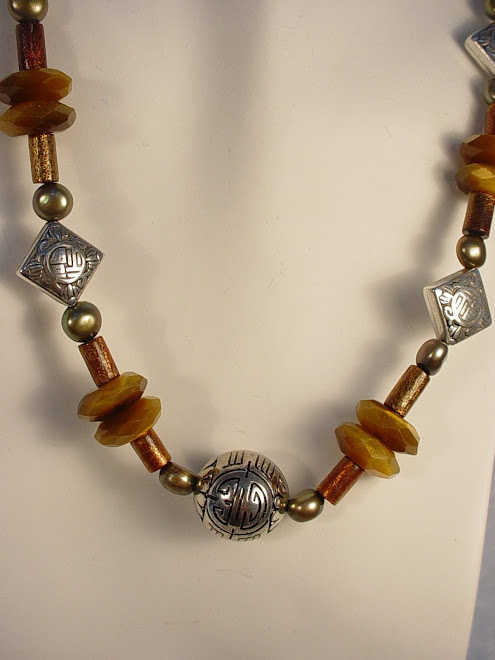 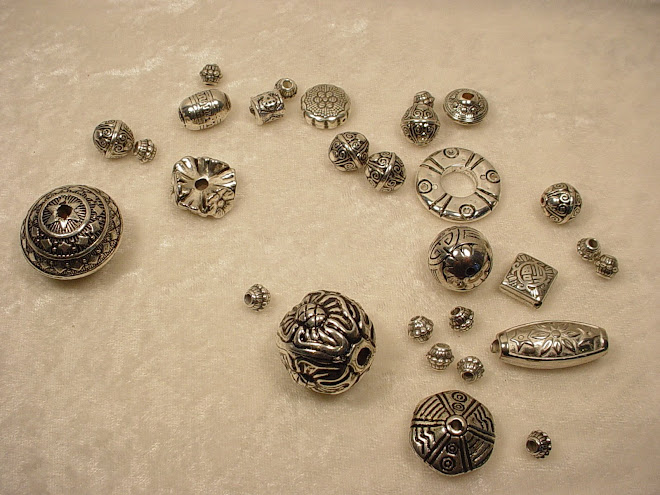 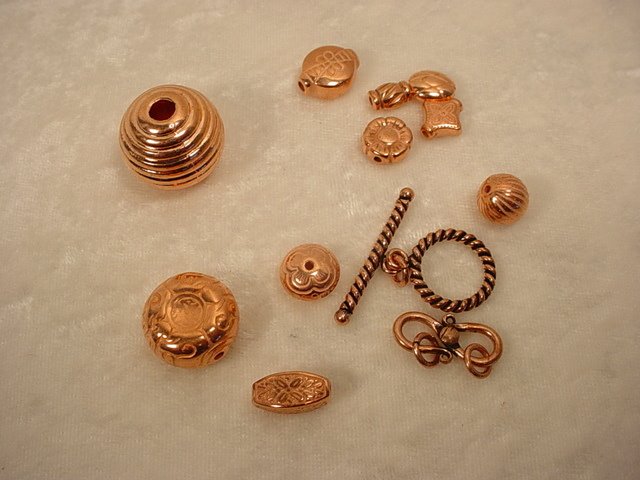 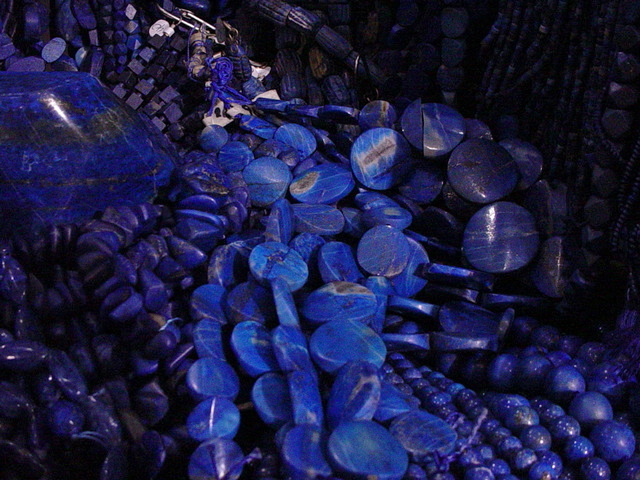 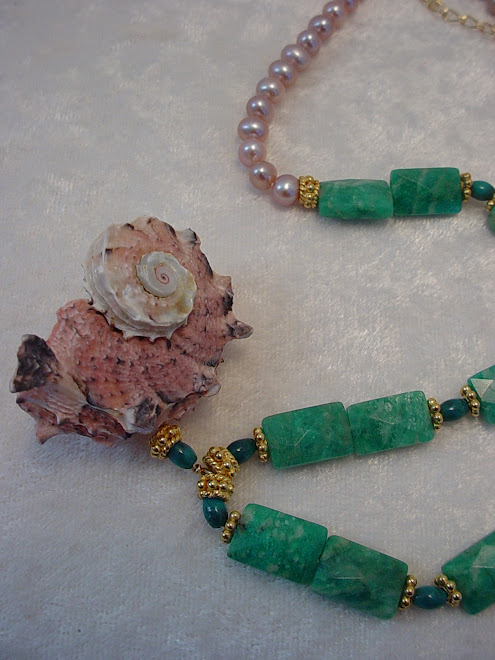 One of my (many) favorites 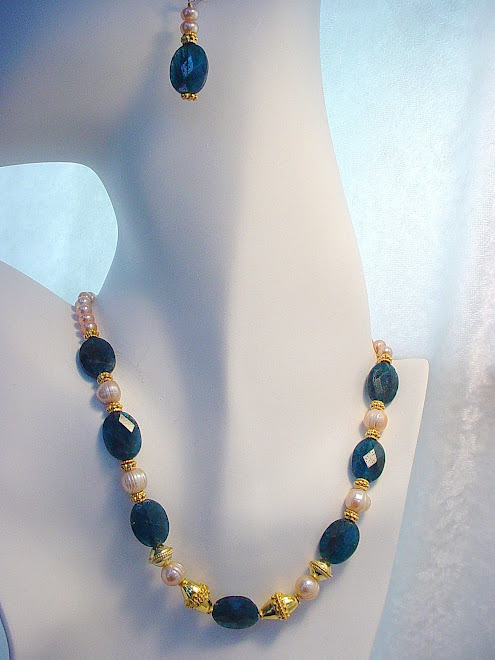 Apatite and Pearl with Vermeil 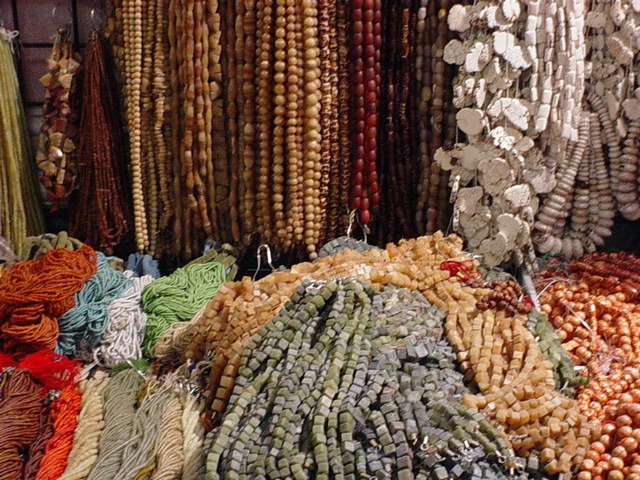 look in the upper right 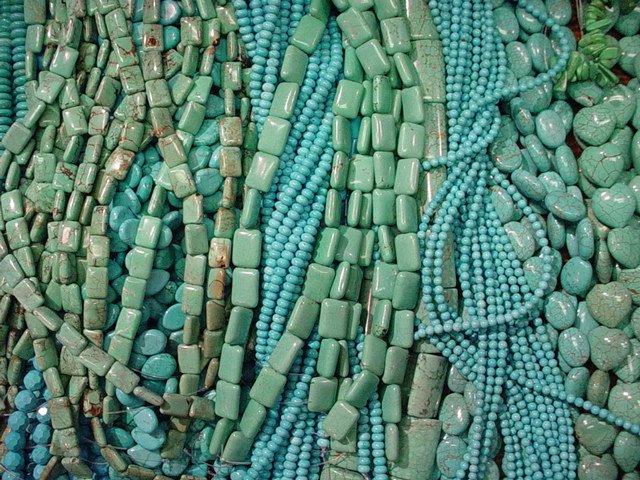 Display of different kinds of "turquoise" 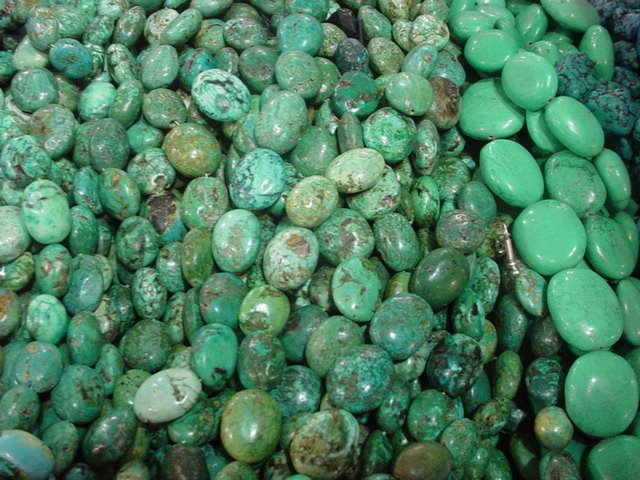 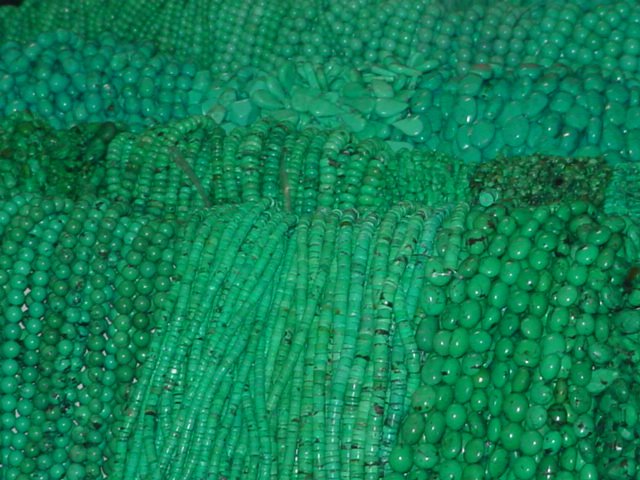